Cropped version of Blair Clark's digital re-photographed image of a Laura Gilpin print of the Museum shortly before opening day in 1953 - We had to crop this to make it fit in the blog space, but the original appears in the main story.

We've been looking back at photographs of the earliest days of the Museum of International Folk Art, preparing to re-photograph a few of our favorites for display in the hallway near the administrative offices. The Museum has always been fortunate in its photographers. The originals of these images were created by Laura Gilpin, who did much of our early photographic work.

We knew we could not hang the original prints for a long-term display; the exposure to strong light would damage them. We got lucky again, as retiring Museum of New Mexico photographer Blair Clark was available to create new digital images and prints from those images that we could hang and enjoy everyday. You may not have heard Blair Clark's name much, but most of the images you've seen of one of our exhibtions, or of one of our artworks in a Museum publication, have been Blair's work.

This image, original by Laura Gilpin circa 1953, digital image by Blair Clark 2016, shows the Museum of International Folk Art shortly before opening day in 1953. This was long before the additions of the Museum of Indian Arts and Culture or Milner Plaza to Museum Hill. The only other building nearby was the Laboratory of Anthropology. In this image, we love seeing the way John Gaw Meem's design settled into the landscape, under a dramatic cloud. 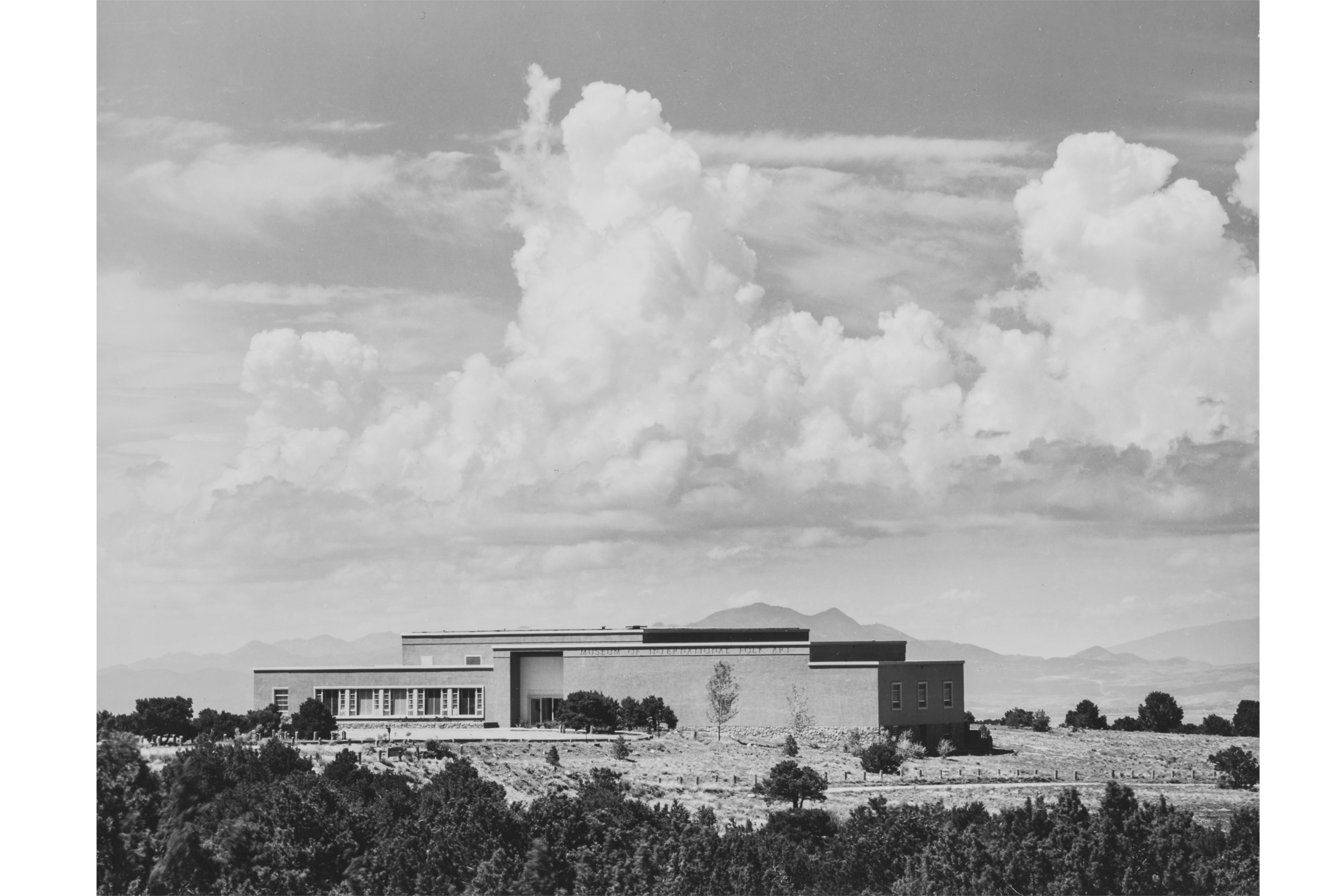 Laura Gilpin also captured the interior spaces, in their clean Mid-Century Modern style. This seating space was displaced by the addition of later wings to the Museum. The round tables, though, can still be found just outside the entrance to the administrative offices and the Bartlett Library, and the original flooring can still be seen in the Library workroom. 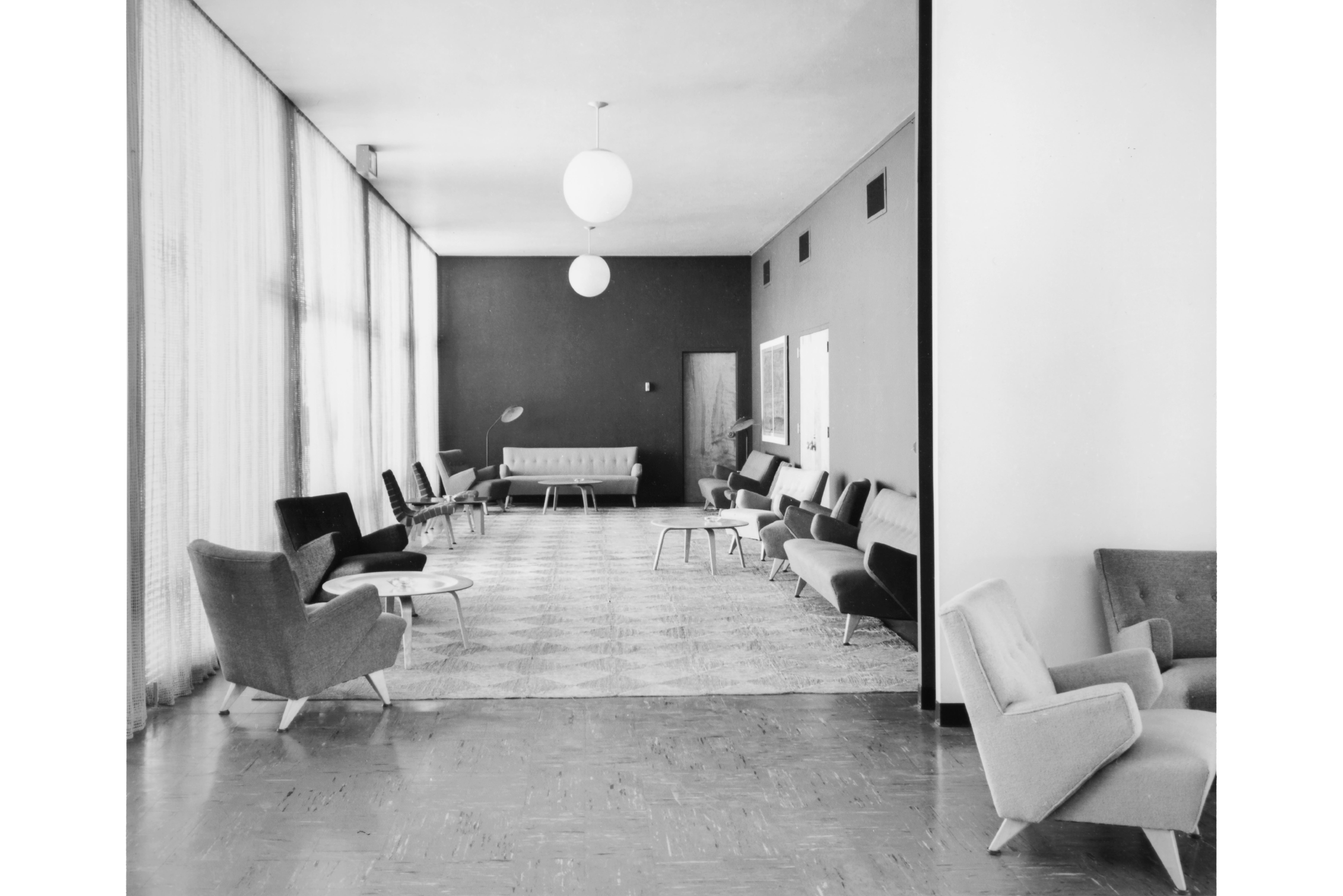 We'll be sharing a few more of our favorites in weeks to come. To see the original Gilpin prints of these images, please contact the Museum archives to make an appointment.