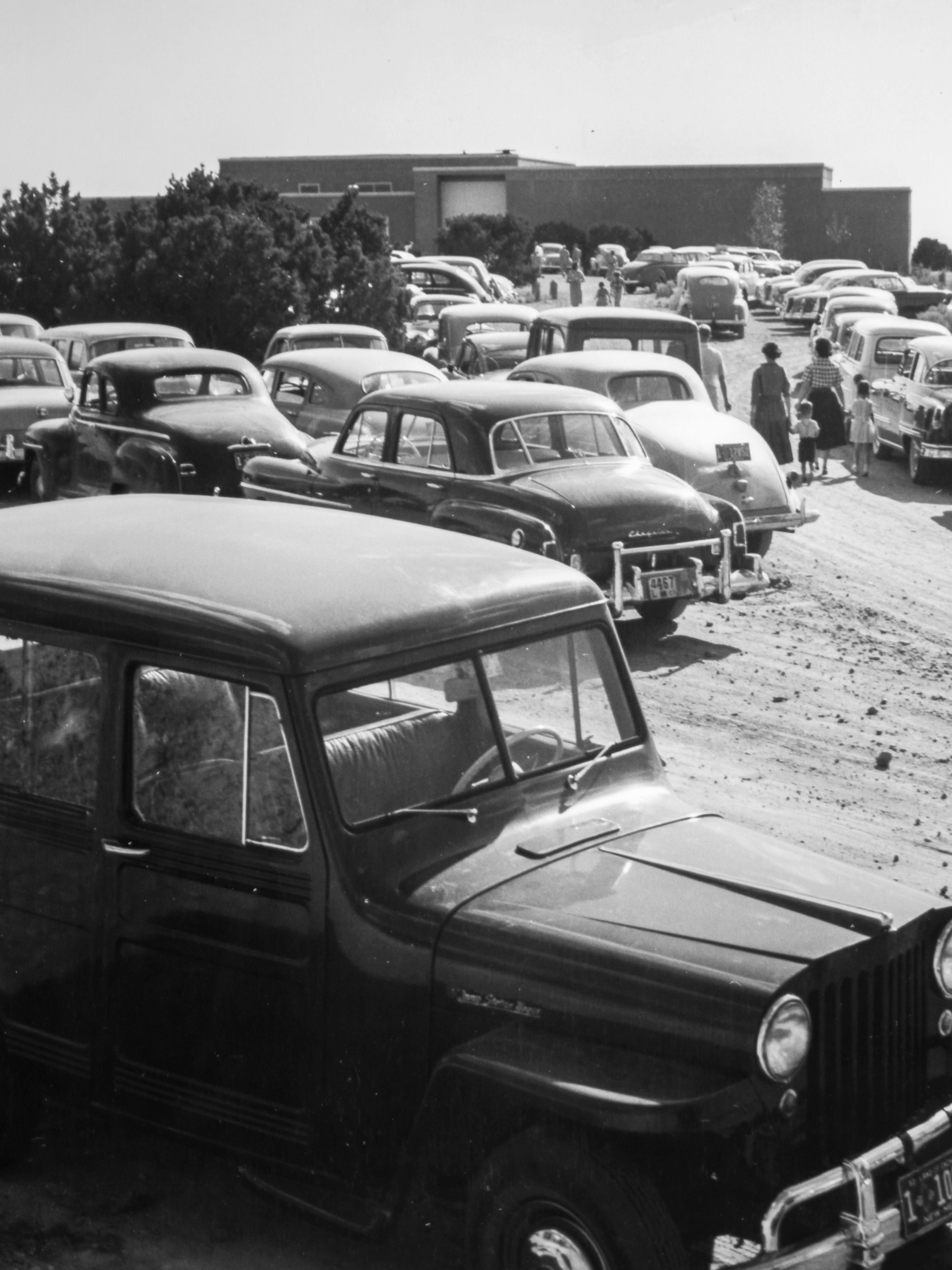 The dirt parking lot on Opening Day in 1953, original photographer unknown, cropped version of a digital image by Blair Clark, 2016

Continuing our trip through time, we venture to opening day in 1953. We haven't (yet) identified the original photographer who captured proof that parking on Opening Day was a challenge. In those days, there was no beautiful approach through Milner Plaza. Visitors drove right up the dirt lot in front of the museum entrance - if they were lucky enough to find a space! 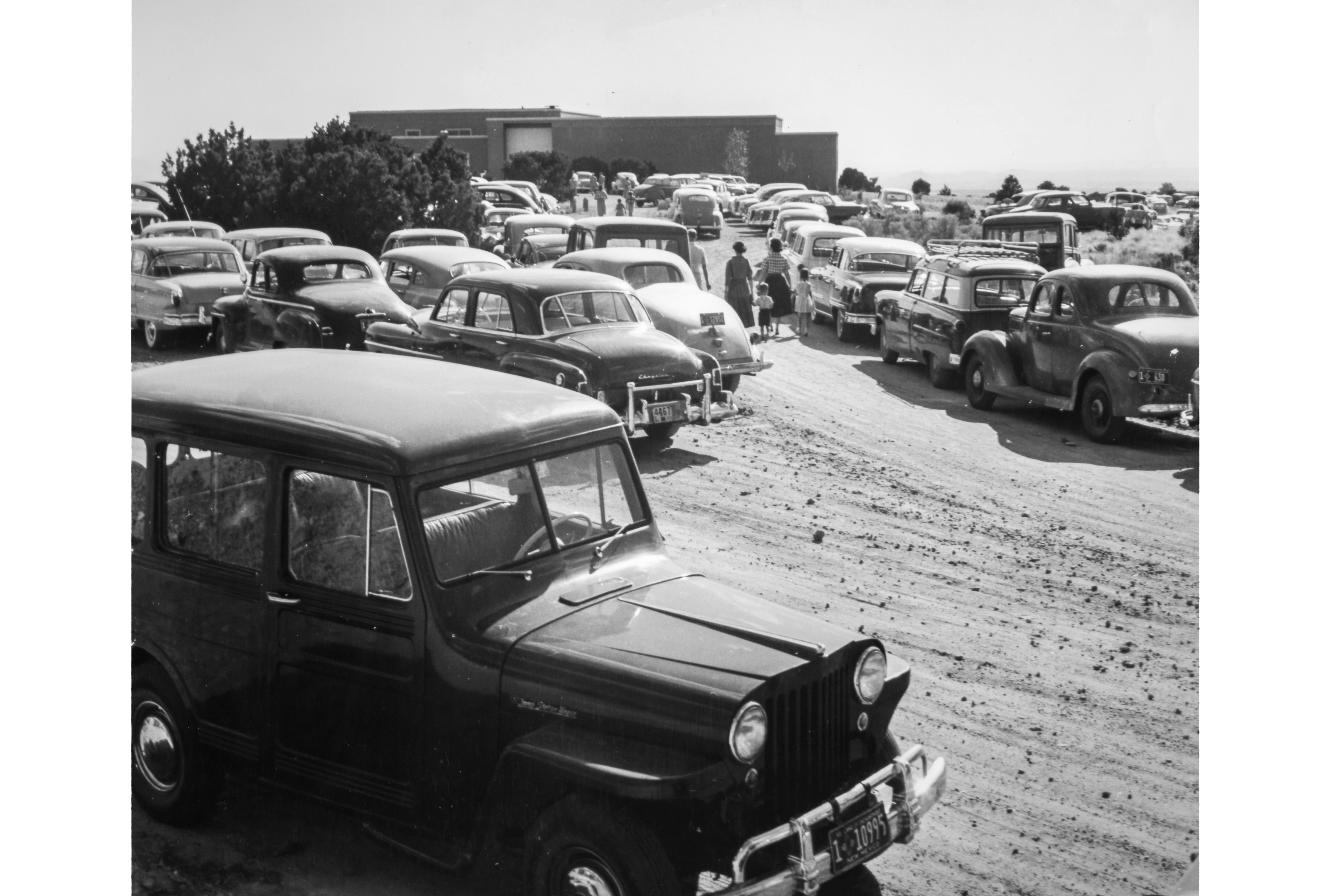 Soon, the Museum had a special vehicle of its own. Again, we don't know the name of the original photographer, and we can't be exactly sure of the date, but thanks to the hand-painted lettering on its side, we know whose truck this is: 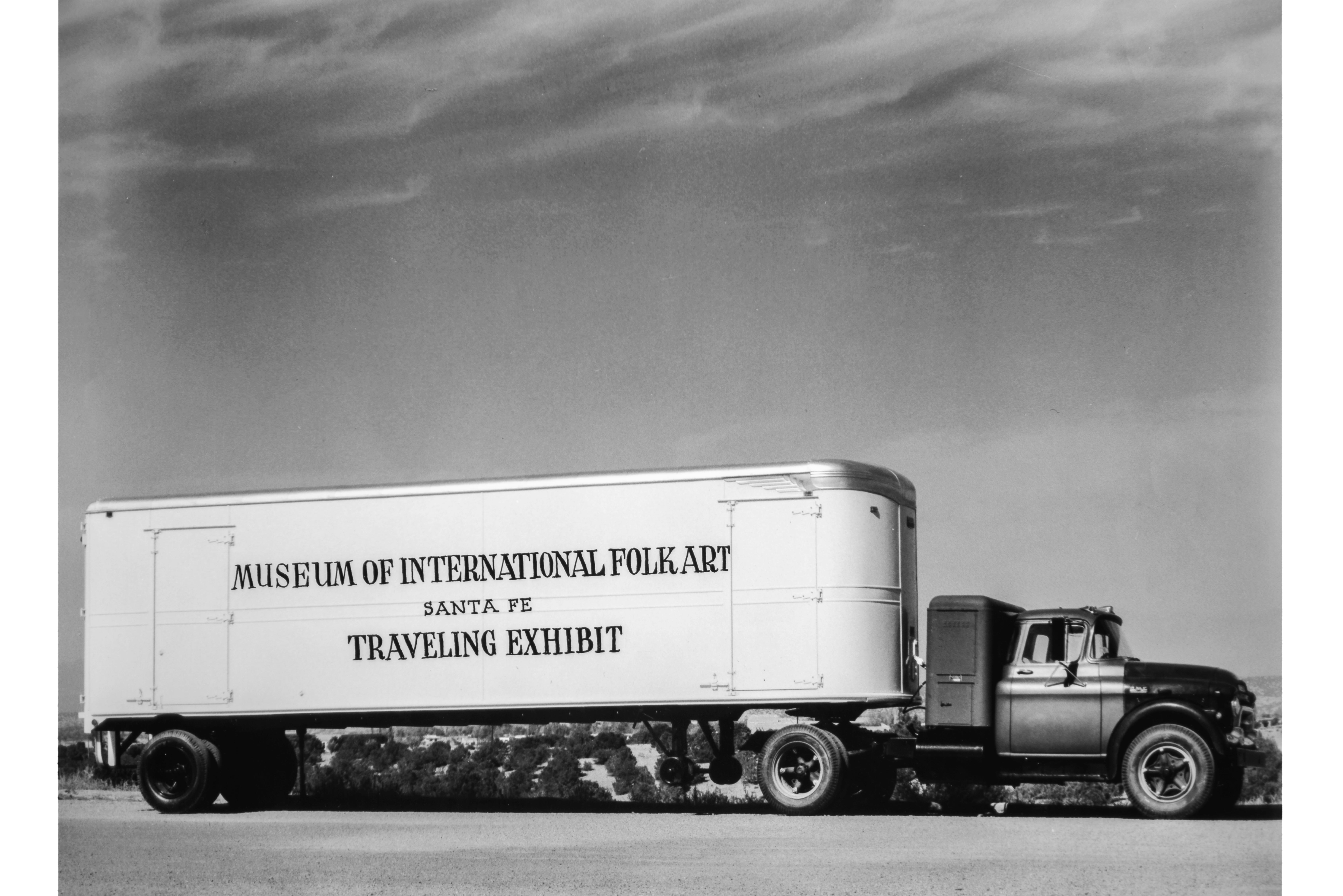 From 1957 through 1973 the traveling exhibit van of the Museum of International Folk Art ventured throughout the state with exhibits for both adults and children. Exhibits included: