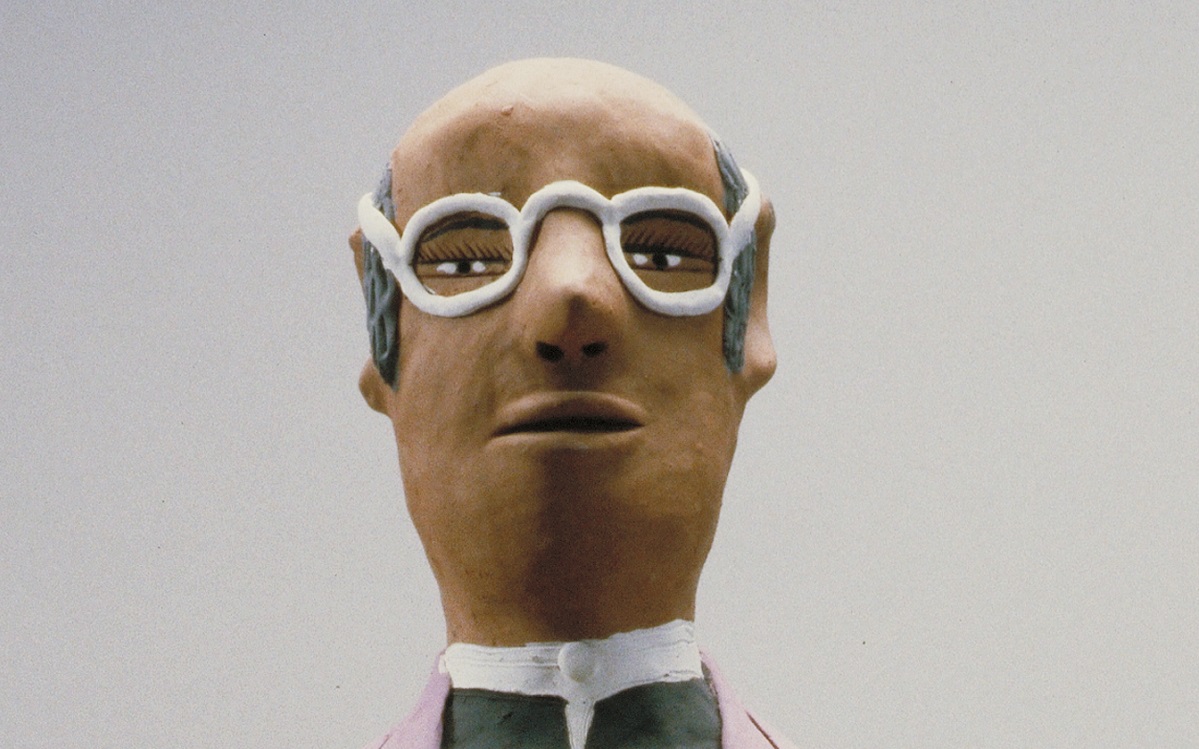 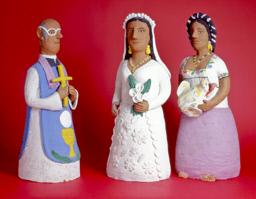 It isn’t every day you see a grouping of ceramic figures of a priest, a bride, and a woman holding a pig’s head. I wonder what happened to the groom! Could the pig’s head be a wedding gift? It is definitely a special occasion, as evidenced by the fine clothing, ribbons, and flowers. These detailed, colorful, and fanciful sculptures are typical of the artist, Josefina Aguilar, from Oaxaca, Mexico. She and her family are famous for their imaginative red clay figures that reflect the characters, clothing, and daily and special events of Oaxaca. Her figures most always feature her sense of humor.

Josefina Aguilar, born in 1945, came to collector Nelson Rockefeller’s attention on a trip to Oaxaca in 1975, and received wide acclaim when she won the first place award at the Gran Premio de Arte Popular in 1977. Josefina lives in a compound in Ocotlán de Morelos with other members of her family who help her with the various stages of collecting and preparing the clay, molding the figures, firing them in a primitive kiln in the compound, and finally adding color with house paints. 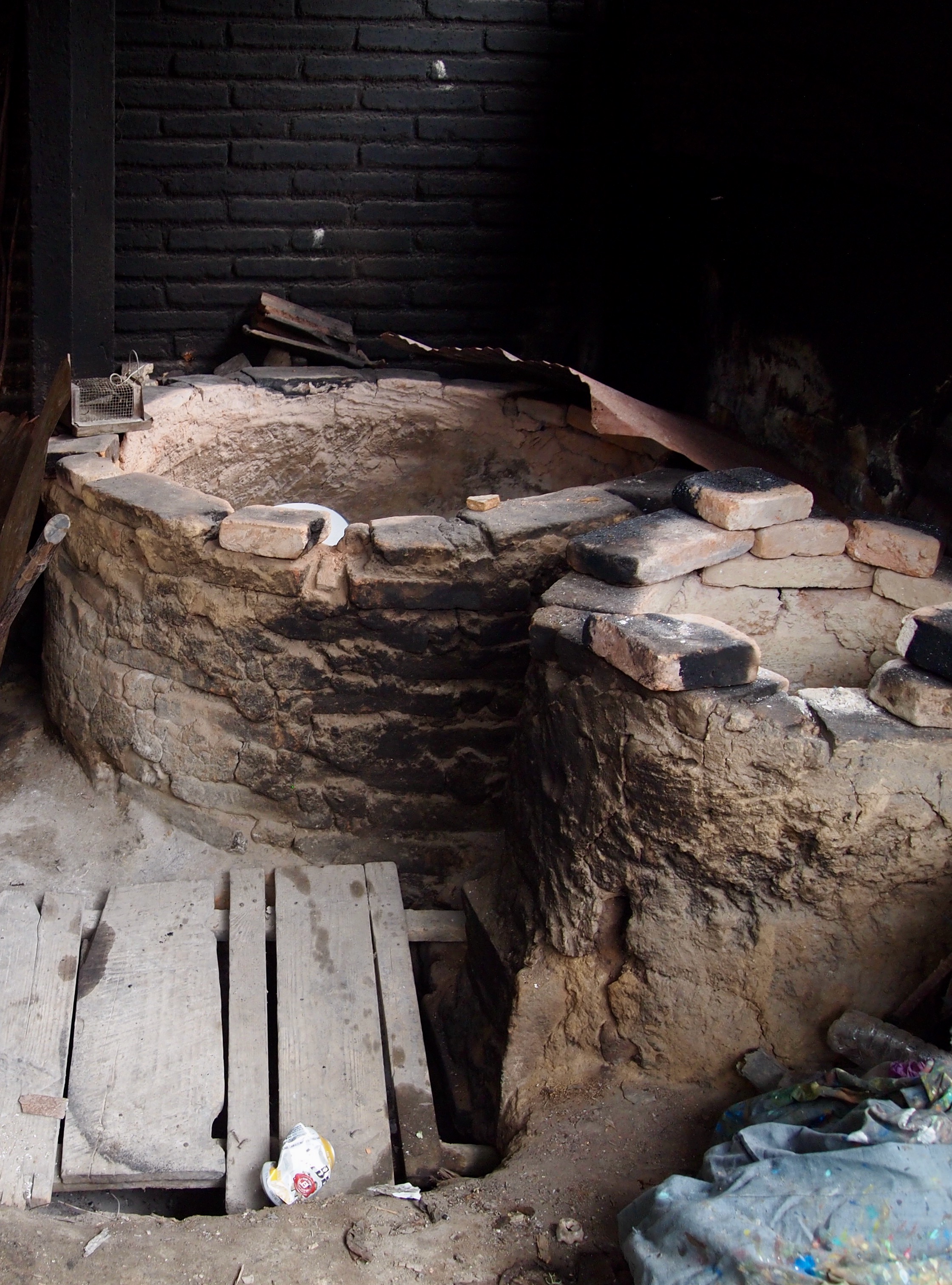 Every figure or tableau is different and may include multiple figures and accessories. Frida Kahlo and Diego Rivera are popular subjects. Her figures come in various sizes; you can see some of her largest in the nearby ex-convent of Santo Domingo de Guzmán in Ocotlán de Morelos. Her family compound is a popular stop on any folk art tour of Oaxaca. Blind since 2014, Josefina until recently could still make her figures through touch.

One aspect I most admire about the artwork in Multiple Visions: A Common Bond is how Alexander Girard created groupings and scenes with figures and other objects he collected and arranged in appropriate settings. This scene of a baptism in Mexico features painted clay 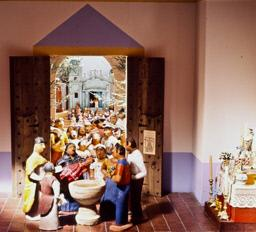 figures by Josefina Aguilar and other members of her family. The primary actors are grouped around the baptismal font and placed closest to the viewer, but we can see through the open doors of the church far into the distance. From the crowd of figures, it looks like everyone in the village has come together for this special occasion.

I have been able to visit the Aguilar family every time I have gone to Oaxaca on a folk art tour. It was so special to be invited to the Aguilar family compound to see her demonstrate making clay figures and to see her family all working together on the various stages of modeling, painting, and firing the work. Though Josefina Aguilar is no longer working due to age and illness, several of her sisters and younger members of the family are continuing the family traditions while adding their own original features.

Nancy Walkup, a longtime art teacher, has been the editor of SchoolArts Magazine since 2005; and a contributing author for the first edition of Explorations in Art, Davis Publications’ elementary textbook series. She has been a volunteer at MOIFA since she moved to New Mexico in 2016.