The Folk Art of Delfino and Timoteo López Godínez 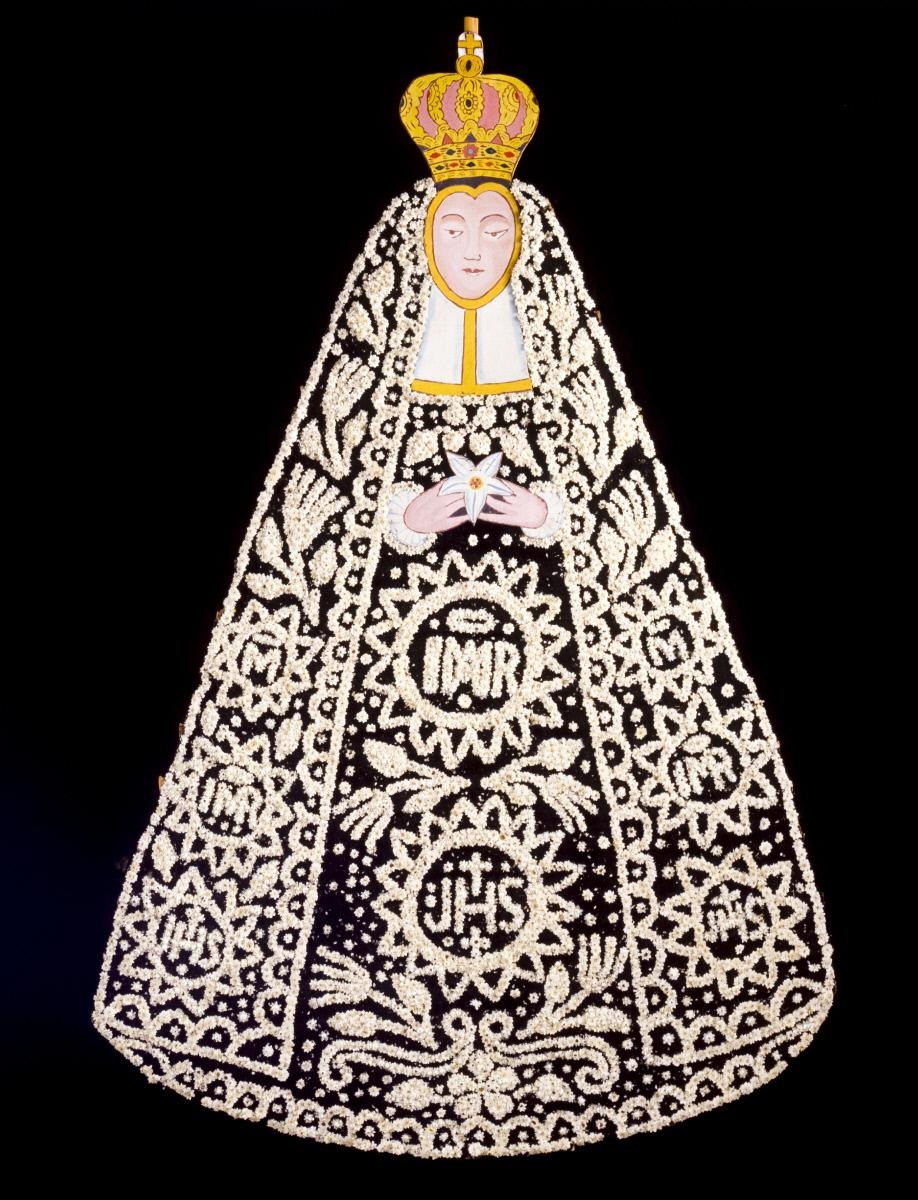 On Domingo de Ramos (Palm Sunday) in 2001, I traveled to the village of San Antonino Castillo de Velasco, outside of Ocotlán in the state of Oaxaca, Mexico, to visit the home of Delfino and Timoteo López Godínez. I was accompanied by a couple who were staying at the same B&B with myself in Oaxaca City. A friend of mine told me about these two remarkable older brothers. He thought I would be interested in seeing their folk art called “flor immortal” (everlasting flower) that is unique to this village in the state of Oaxaca.

At the time of the visit, Timoteo had already passed away. My friend had drawn me a map, so the couple and I were able to locate the home. After we walked over a narrow bridge, we knocked on the front door. Delfino’s nephew opened the door. We told him we would like to meet Delfino and look at his folk art. His nephew told us he was sleeping, but he would wake him up because he would enjoy meeting us. They were extremely poor. As Delfino was born crippled, his nephew had to carry him into the main room and place him in a chair. 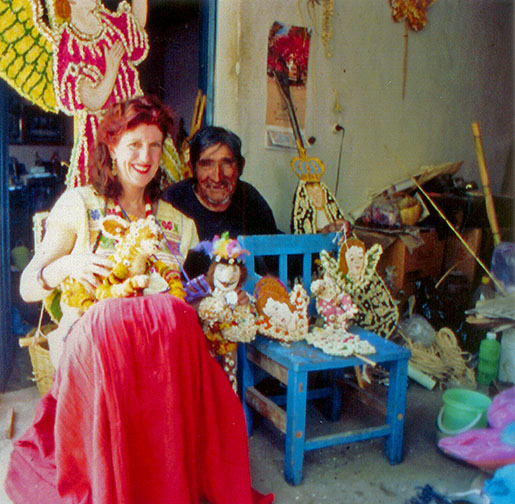 His eyes lit up and a huge smile came over his face when he saw three visitors from the United States. His hands were slightly curled up, but he was the painter. He told us that he painted the faces and the body parts of the figures, and his brother inserted all the dried flowers into the figures with straight pins. The figures he and his brother created were angels, archangels, cherubs, virgins, saints, sacred hearts and nativity figures. He continued to tell us that he and his brother had been making these pieces for over sixty years from flowers that they grew.

The tools used to create these delicate pieces were scissors, knives, tweezers, pencils, paintbrushes and straight pins. They would cut a silhouette from cardboard for the figure. The back of the figure was reinforced with oak leaves and bamboo. The front of the figure was covered with painted moss to create the clothing. His brother would then take each of the dried white flowers and insert them with a straight pin one by one into the moss mixture until all the decorative elements of the clothing were completed. After that was done, Delfino would paint the face and body parts of the figure. 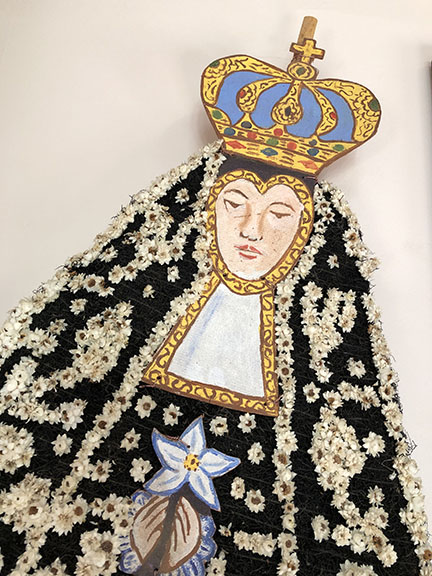 He then asked his nephew to bring us a book to look at. It was the 1998 edition of the Great Masters of Mexican Folk Art published by Banamex. We noticed that the book was scorched and the edges had been destroyed. Delfino asked his nephew to open the book. It was difficult to turn the pages as they were stuck together. Delfino explained to us that their house had caught on fire along with the book. In order to save it from being destroyed they threw water onto it. Finally, his nephew found the pages that Delfino wanted us to see. On page 528 there was a photo of himself and his brother. On page 529 was the image of the Virgin of Soledad, the patron saint of Oaxaca, which is similar to the one in the Girard Wing.

I fell in love with his folk art on this visit. He had a smaller Virgin of Soledad for sale along with another Virgin. I told him I would like to purchase these two pieces but I had to go back to Oaxaca City to inquire if a folk art store could 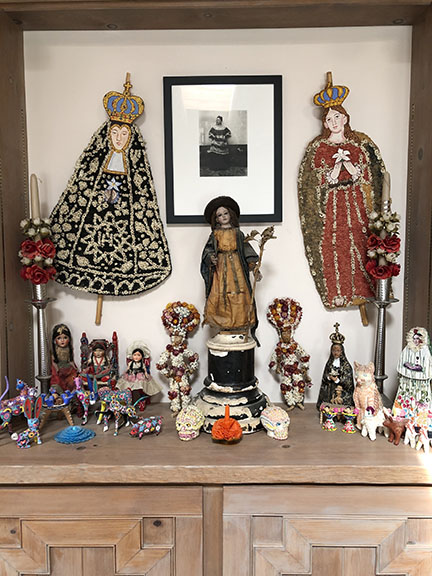 ship the pieces to the USA. Fortunately, the owner of the store said he could ship them via DHL. A few days later I went back to see Delfino to purchase the two pieces. The week before I had purchased some smaller pieces that were faces of cherubs with wings attached. He was joyous with a big smile on his face. He asked me if I would marry him. I told him that wouldn’t be possible but I would always be his friend. About four years later, I discovered he had died from lung cancer.

When I moved to Santa Fe in 2003, I was in shock when I saw their Virgin of Soledad in the Girard Wing. I’m sure Delfino and his brother never knew their folk art was in our museum and the Mingei International Museum in San Diego. It’s too bad I was never able to go to back to visit him again before he died, to let him know their folk art was in museum collections in the United States. I know he would have been thrilled and delighted!

Ann Murdy moved from Los Angeles, CA, to Santa Fe, NM, in 2003. She has been a MOIFA docent since 2004. She has traveled extensively in Mexico photographing indigenous and folkloric culture since 1991. She is the author of the 2019 book On the Path of Marigolds - Living Traditions of México’s Day of the Dead.