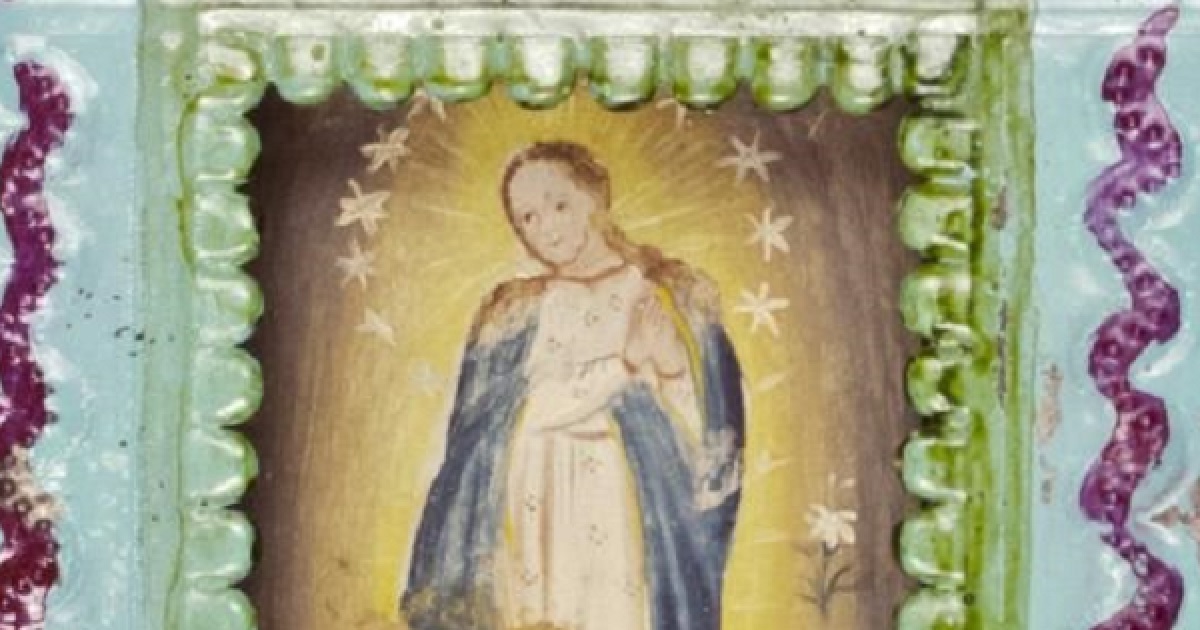 Many of the retablos in the Girard Foundation Collection at the Museum of International Folk Art are from Mexico, made in the 19th century. A retablo is typically a small devotional painting, often done on sheets of tin or wood, and depicting an image of the Virgin Mary, Christ, or a favorite saint. This retablo, featured in MOIFA's online collection, is very typical. It is a picture of the Virgin Mary, painted on tin with a tin frame, using bright colors. 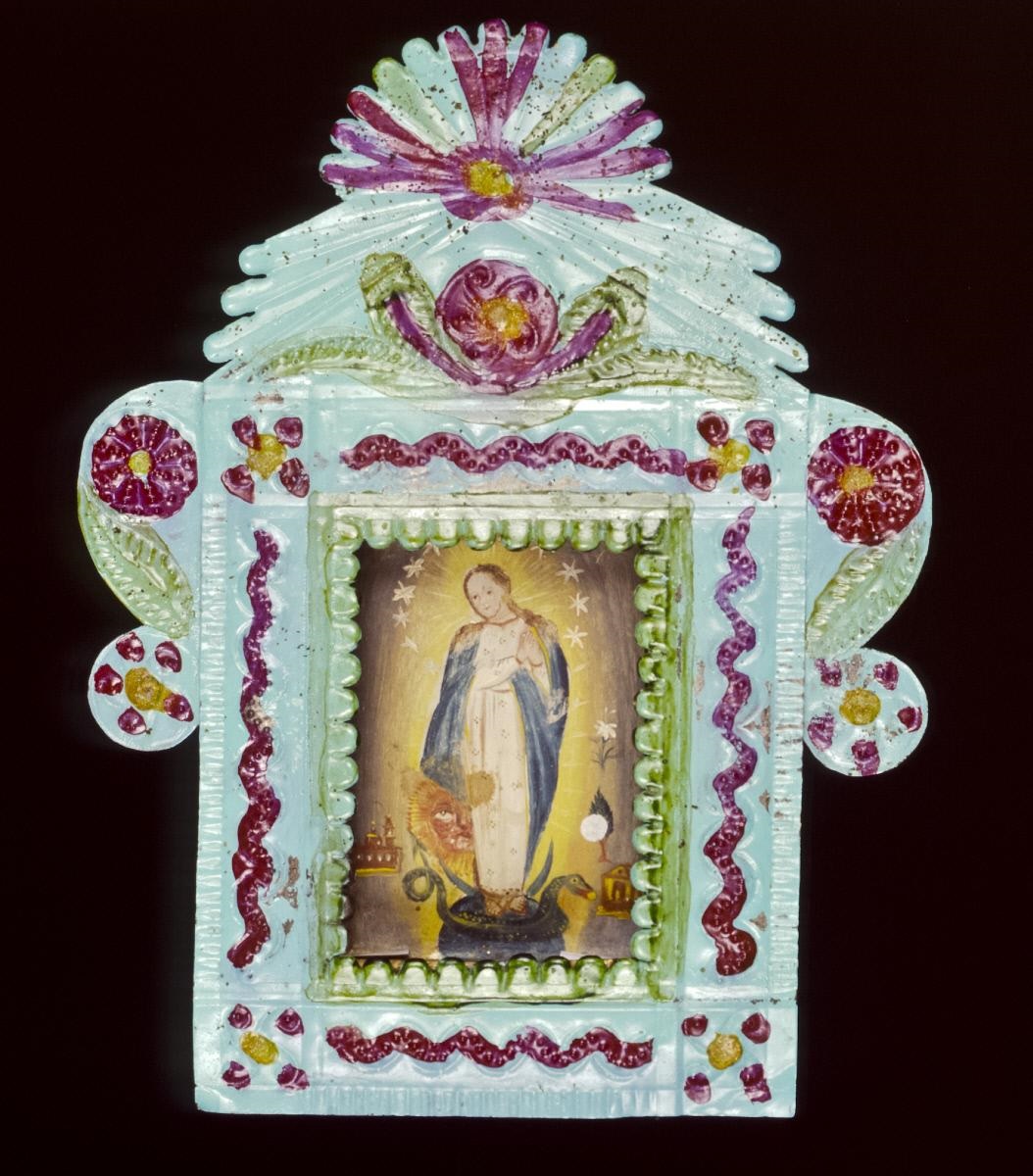 Larger versions (in Spanish, reredos) may be altarpieces which are quite elaborate, and may include both paintings and sculptures. In some cases, the retablo may actually depict the artist’s story of rescue or survival from a threatening event through the intercession of the sacred person in the painting.

The reredos of the late Middle Ages and Renaissance in Spain were very large and elaborate, usually made of carved and gilded wood. The Spaniards brought the tradition to the New World, and by the late 18th century the word was used to describe the smaller religious paintings. In Mexico, as the popularity of the devotional images increased, small “retablo factories” reproduced the images, and they were purchased both by believers who displayed them in their homes to honor patron saints, as well as to express gratitude for a blessing or good fortune, such as rain for crops.

The retablo form is usually rectangular, uniquely designed by the artist and painted in vibrant colors. They are important to Mexican folk religion because they represent holy images. The tradition of retablos was brought to New Mexico and southern Colorado by Franciscan friars. They were typically made of wood, using pigments of local natural materials such as colored earth, plant extracts and cochineal bugs (for the color red). The frames are tin, hammered with designs, a tradition also continued today in northern New Mexico. Such smaller devotional paintings are available in shops in this region, and are typically created by local artists.

I was drawn to this art form upon moving to New Mexico from the Midwest, and immediately appreciated the vibrant colors, tin artistry and devotional significance. I had never before seen paintings on wood or tin, and the artistry displayed in both the smaller versions and larger ones seen here is remarkable, a testament to the training  handed down from generation to generation.

Christine Durlak has lived in Santa Fe with her husband for 10 years, after retiring here from Evanston, Illinois.  In her previous life, she was a High School Social Worker for students with special needs.  Chris has been a MOIFA docent since 2012.