Paper is an important element for some of the oldest and richest traditions of folk art. Paper-cutting is a centuries-old technique that was initially practiced by Chinese artisans. In the 16th century, Chinese paper cutting was introduced to Persia (Iran) and over time the technique spread to Europe. This influence can still be seen today in the intricate Polish paper-cutting designs, and the brightly colored papel picado(cut tissue paper banners) from Mexico.

Before papel picado there was a tradition of paper-cutting in Mexico called Nahuales(devils and spirits) used in ceremonies. The figures were cut from amalt (in Spanish, amate) which in the Nahuatl language means paper. Nahuatl is the language of the Aztecs/Mexika and part of the Uto-Aztecan linguistic family. Amate is a bark paper made from the pulp of fig and mulberry trees. 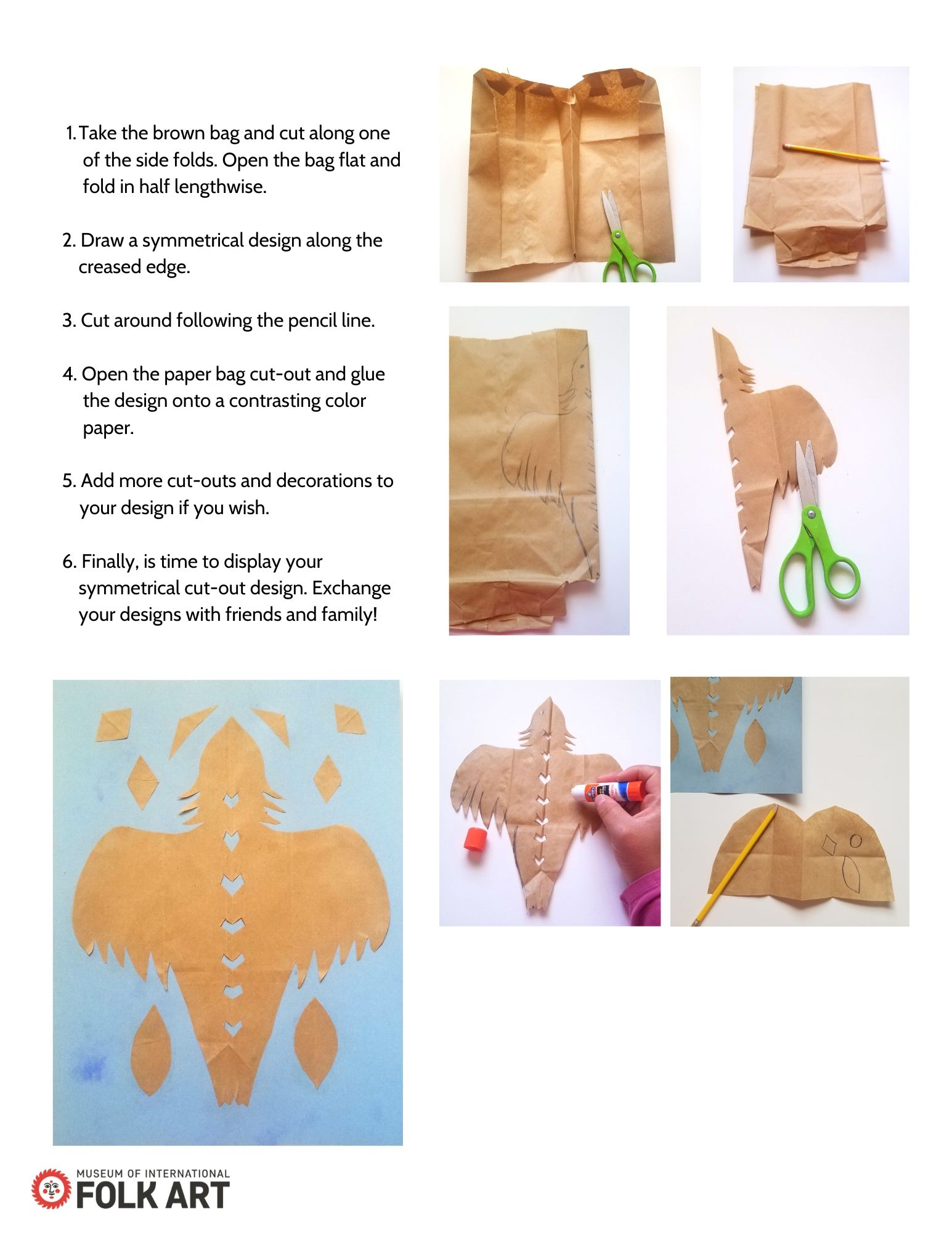