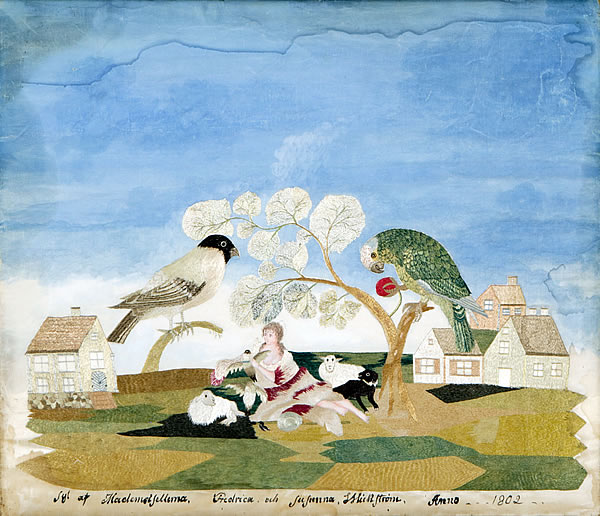 The Museum of International Folk Art’s earliest collection was donated by our founder, Florence Dibell Bartlett, in the late 1940s, when a museum dedicated to the collecting, care, and display of folk art was still an idea awaiting completion. In a 1953 article she wrote for El Palacio magazine to mark the opening of the museum, Florence Dibell Bartlett described her own collecting in this way: “I have made, during extensive travels over the globe, a folk art collection of old costumes, jewelry, textiles, ceramics, furniture and other objects which will become a nucleus for the Museum…where an appreciation of the culture and craft of other countries becomes a link in drawing the people into closer fellowship.” Scandinavia was among her favorite destinations, and works from this region are one of the many strengths of the Bartlett collection.

The Girard Collection, from Alexander and Susan Girard

Best known as a designer for Herman Miller, Inc., Alexander Girard had an insatiable appetite for the visual beauty of folk art. He and his wife, Susan, began collecting together on a postponed honeymoon to Mexico in 1939, when they came home with a carload of objects. Guided by the Italian saying “Tutto il mondo e paese”—the whole world is hometown—the Girards eventually amassed a collection of more than 106,000 objects from across the globe. Their 1978 gift of this collection to the Museum of International Folk art quintupled the size of our collection and prompted the construction of a new wing, which opened in 1982 and houses a mere 10% of the Girard Collection in the permanent exhibition Multiple Visions: A Common Bond, which was designed by Alexander Girard himself. This collection includes numerous multiples and is notable for its great breadth, including traditional arts, popular arts, and paper ephemera. “I believe we should preserve this evidence of the past, not as a pattern for sentimental imitation,” Girard once said, “but as nourishment for the creative spirit of the present.” Indeed, folk art was an important inspiration for Girard’s design work. 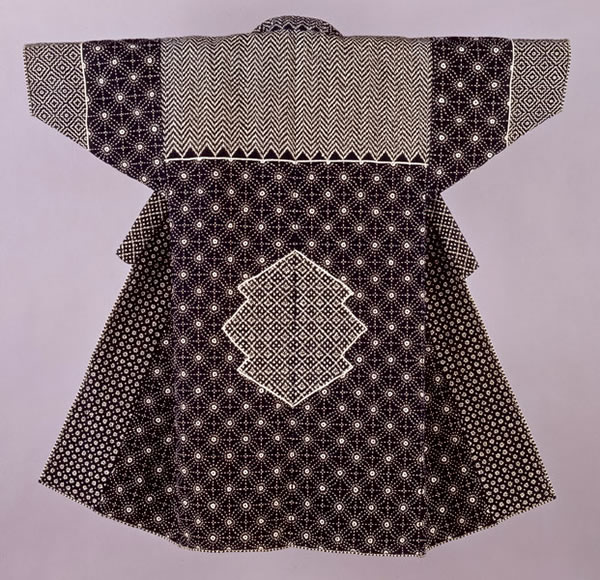 After exercising his childhood collecting impulses with matchbooks, stamps, and baseball cards, Lloyd Cotsen began to collect in earnest while on a tour of duty with the Navy in Asia during the 1950s. The former CEO and President of Neutrogena Corporation eventually carefully selected more than 6,000 art objects from around the world, and gave more than 3,000 of those to the Museum of International Folk Art in 1994. “All of these objects…,” wrote Lloyd E. Cotsen, “appeal to my curiosity, to the thrill of discovery of the extraordinary in the ordinary, to my sense of humor, to my love of pattern, color, and texture, to my search for the beauty in form and simplicity, and to my perceiving beauty in and behind the object.” The Neutrogena includes numerous remarkable textiles, and particular focus on works from Asia. 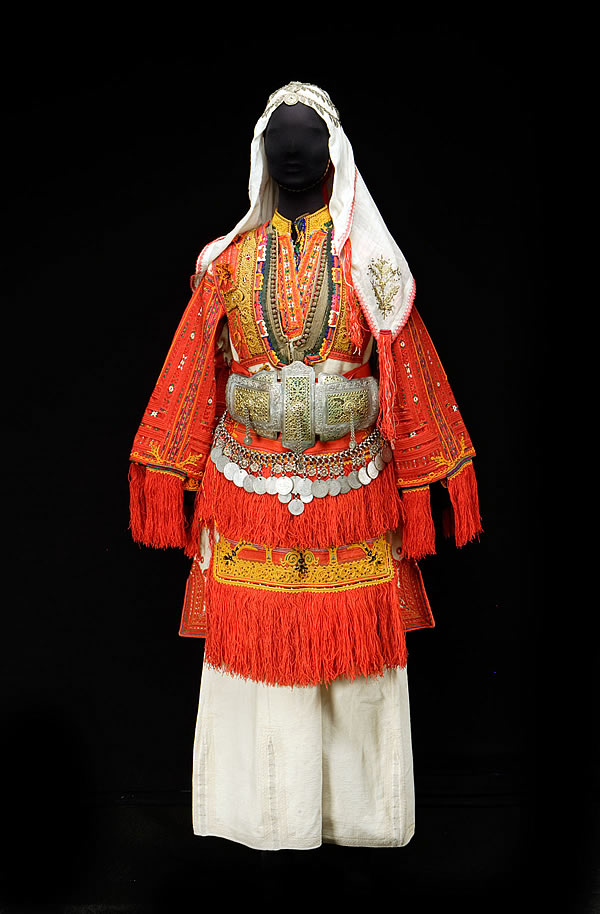 Textiles, items of dress and adornment, and the tools used to make them reveal personal expression within the constraints of social convention and expectation. Through the creation and use of textiles, individuals communicate unique and shared identities, values, and aesthetics, while also creatively responding to the changing cultural, historical, and economic forces impacting their communities. The museum’s collection illustrates how these objects of beauty and utility are integral to both daily and ritual life.

For Educators
Our Staff
Read our Blog